In Sydney, Australia, early in 1998, under the discipleship of my good friend Mark Bohr, we worked together to produce a series of stories for Mark's 'Schools Ministry' to offer a more creative edge in the presentation of the gospel to teenagers.

It was orginally drawn as a black & white cartoon that could be photocopied for the use in the classroom. But later on that year Mark decided to publish it as a colour comic book and I was far from blessed financially during this time in my life (a struggling artist in a foreign country & all that jazz) so I coloured what were originally black & white designs, by painting the colours with watercolour paints on photocopy paper!

Nevertheless, 10,000 copies of the comic book were distributed in Australia & New Zealand.

I would love one day, to digitally recolour this comic book to give it the credit it deserves.

Ballyhoo Burny in the Marathon Race of Life 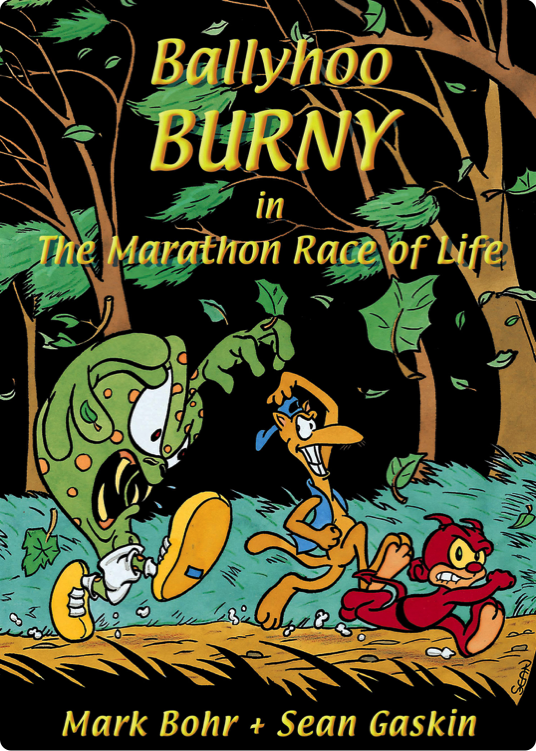 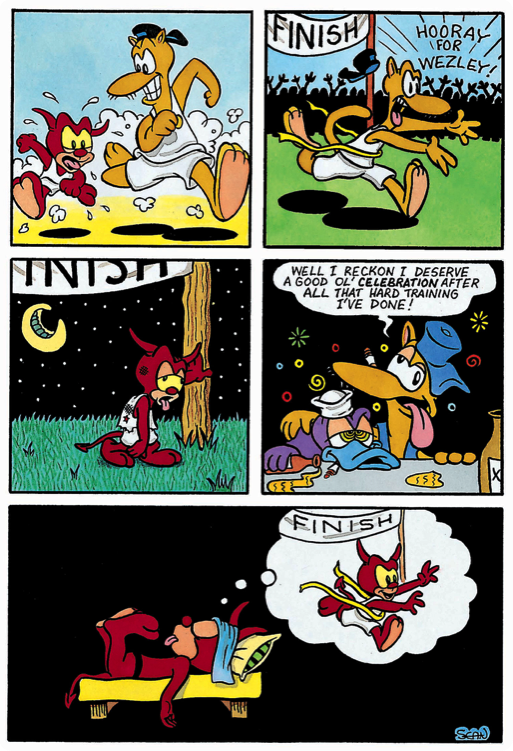 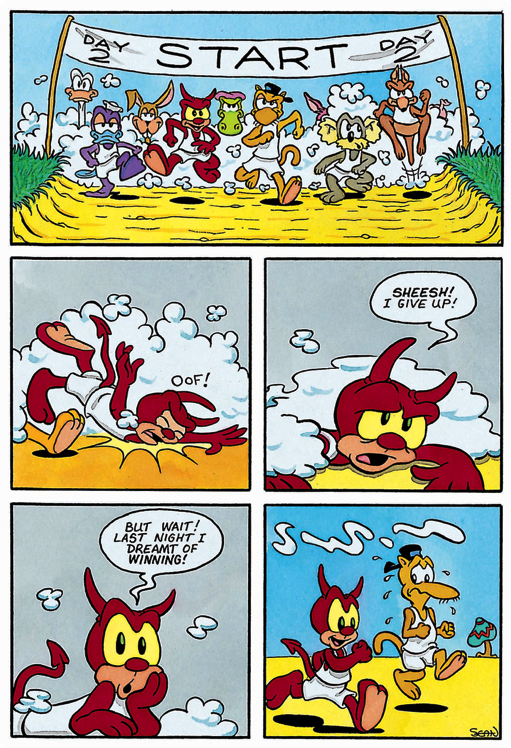 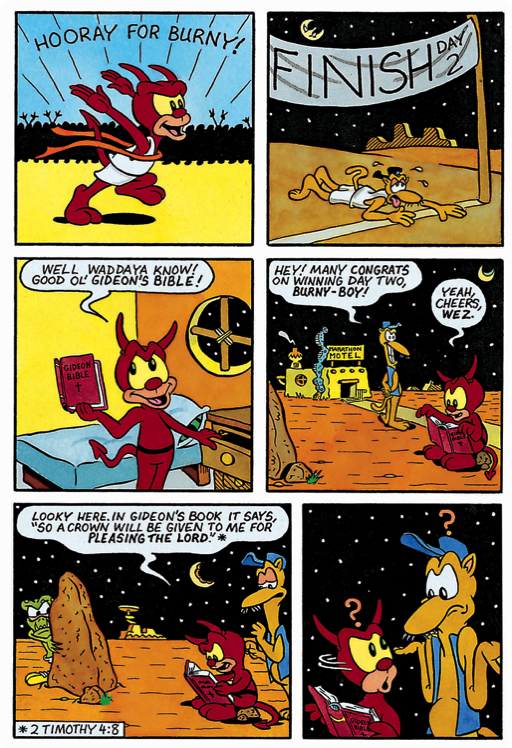 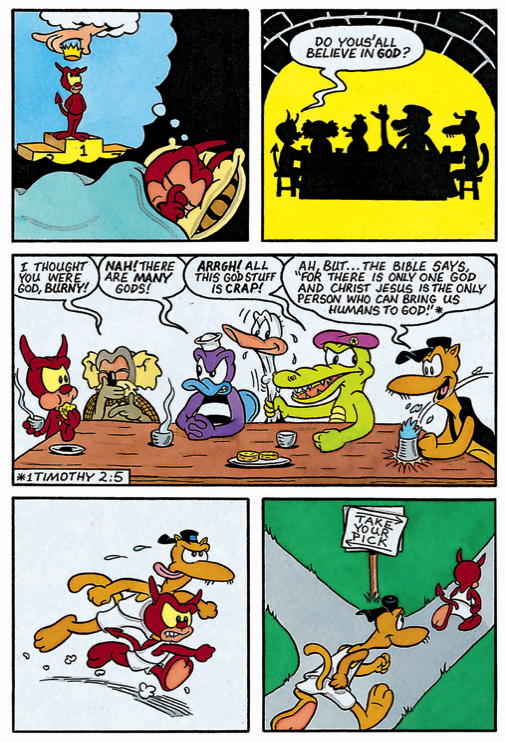 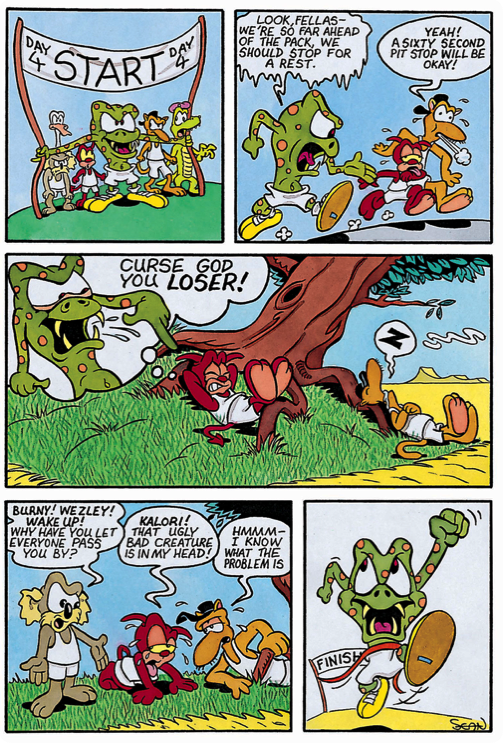 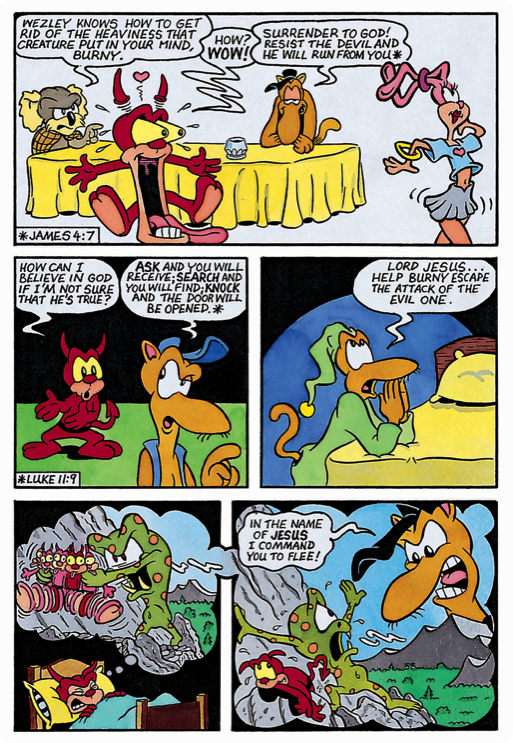 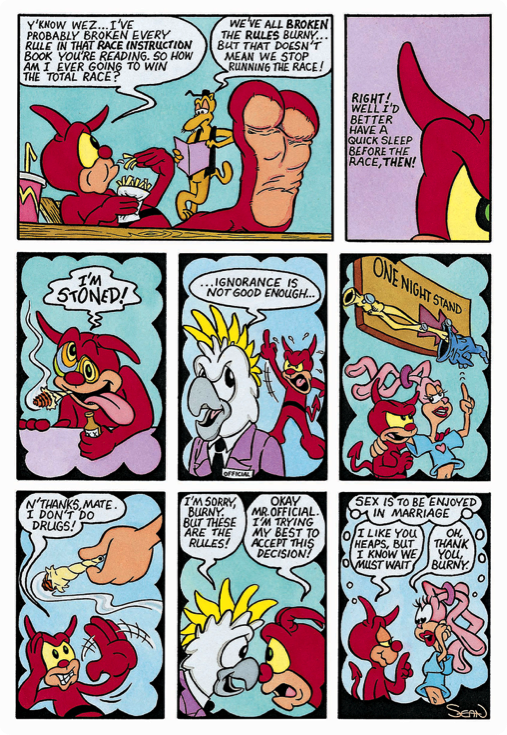 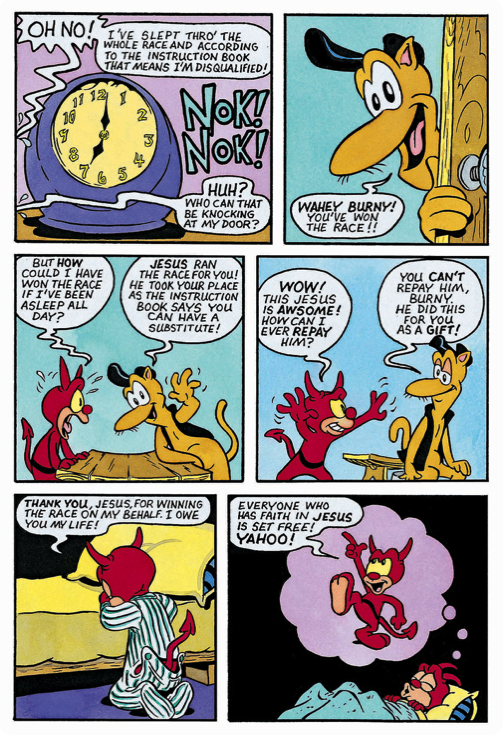 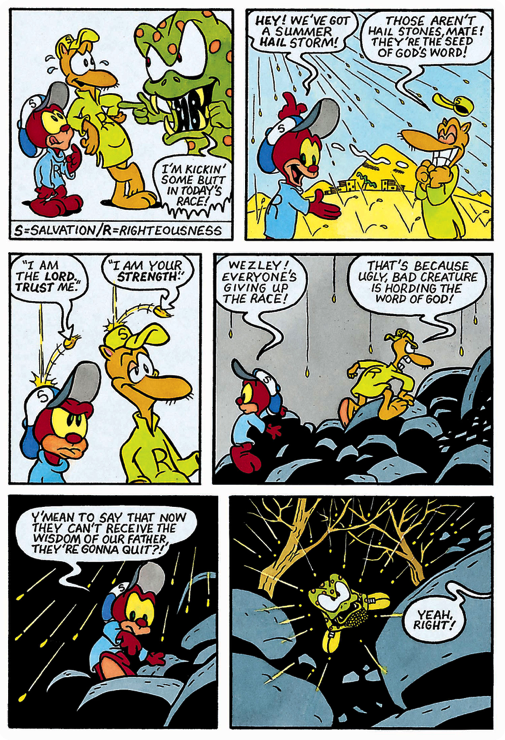 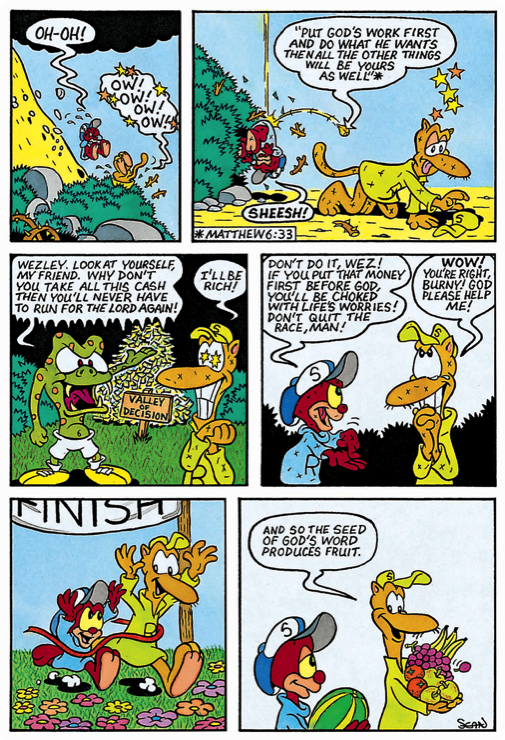 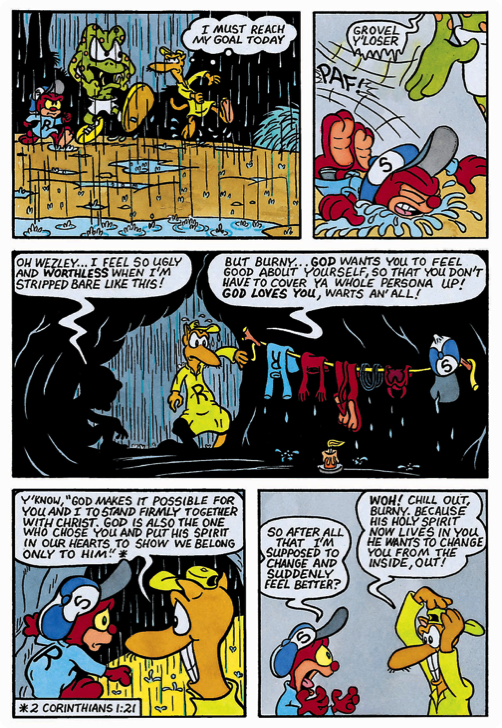 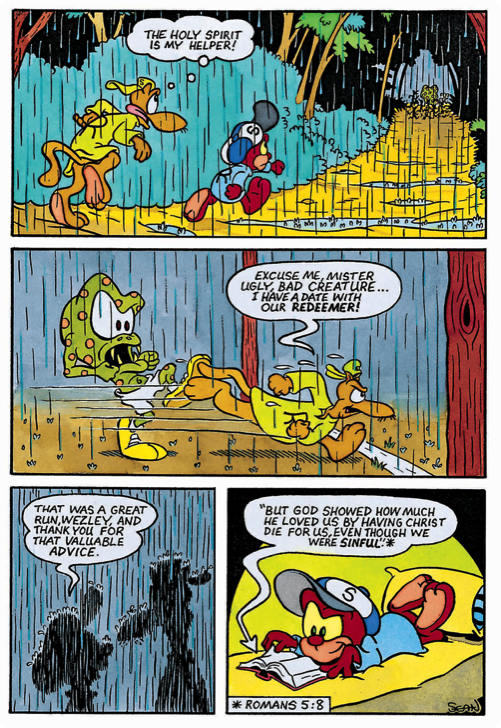 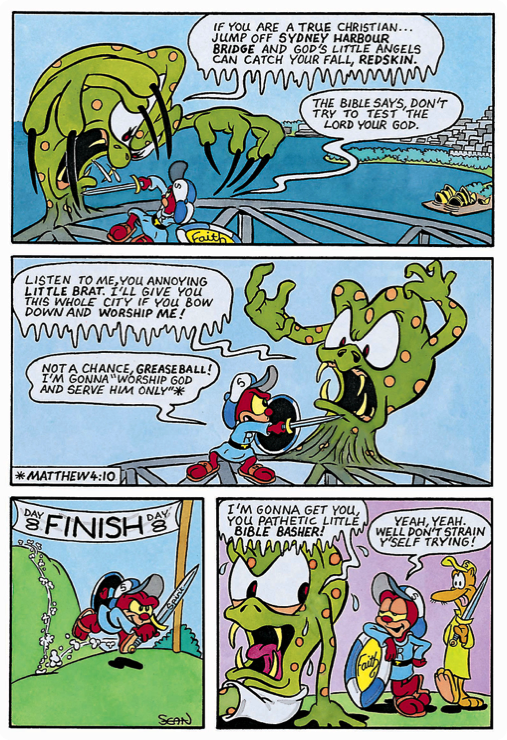 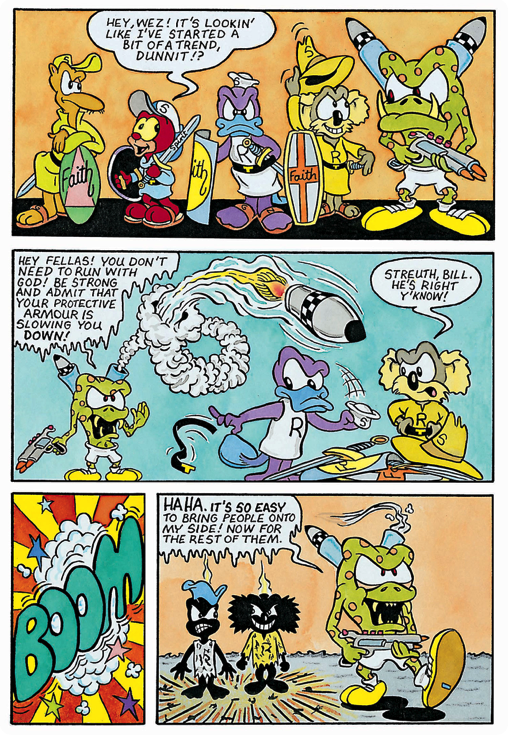 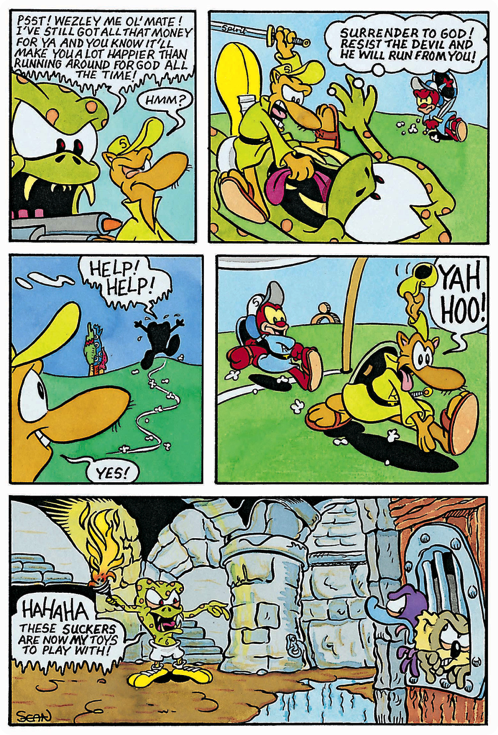 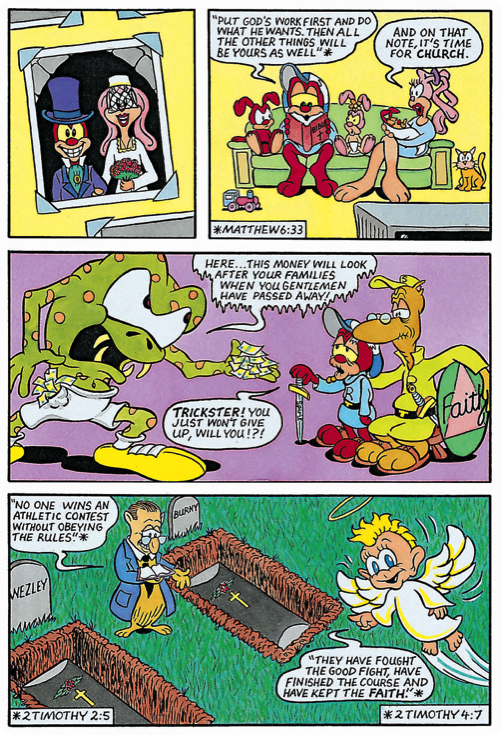 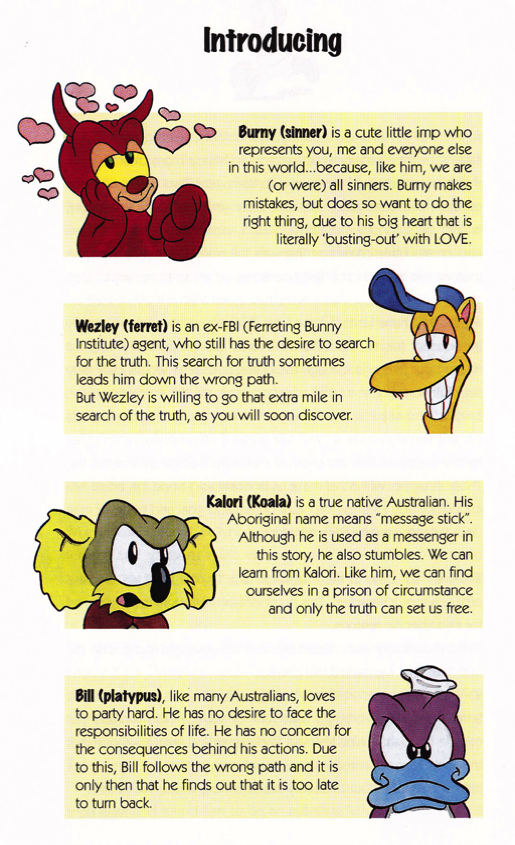 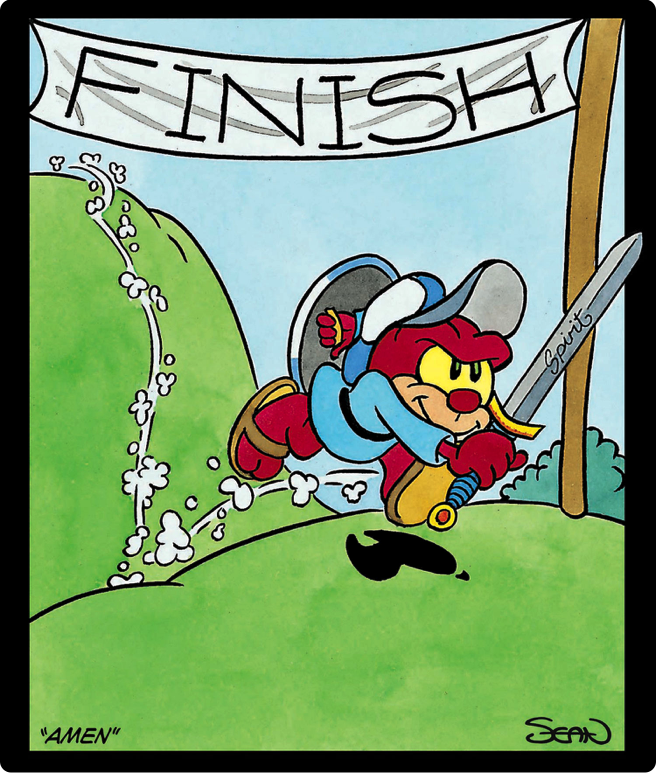 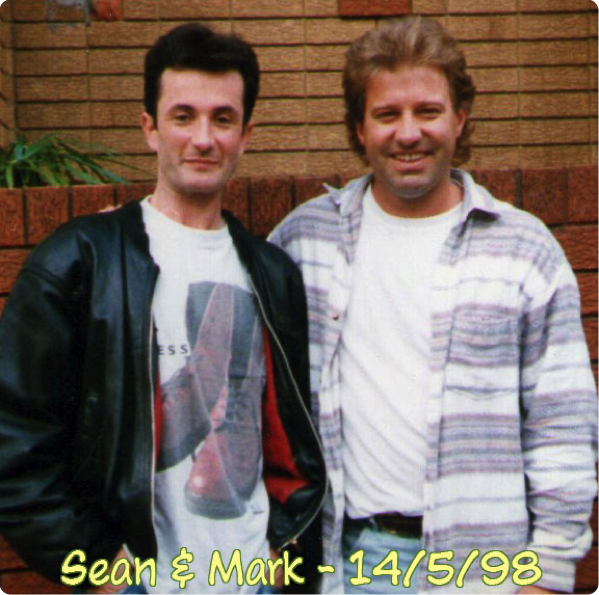