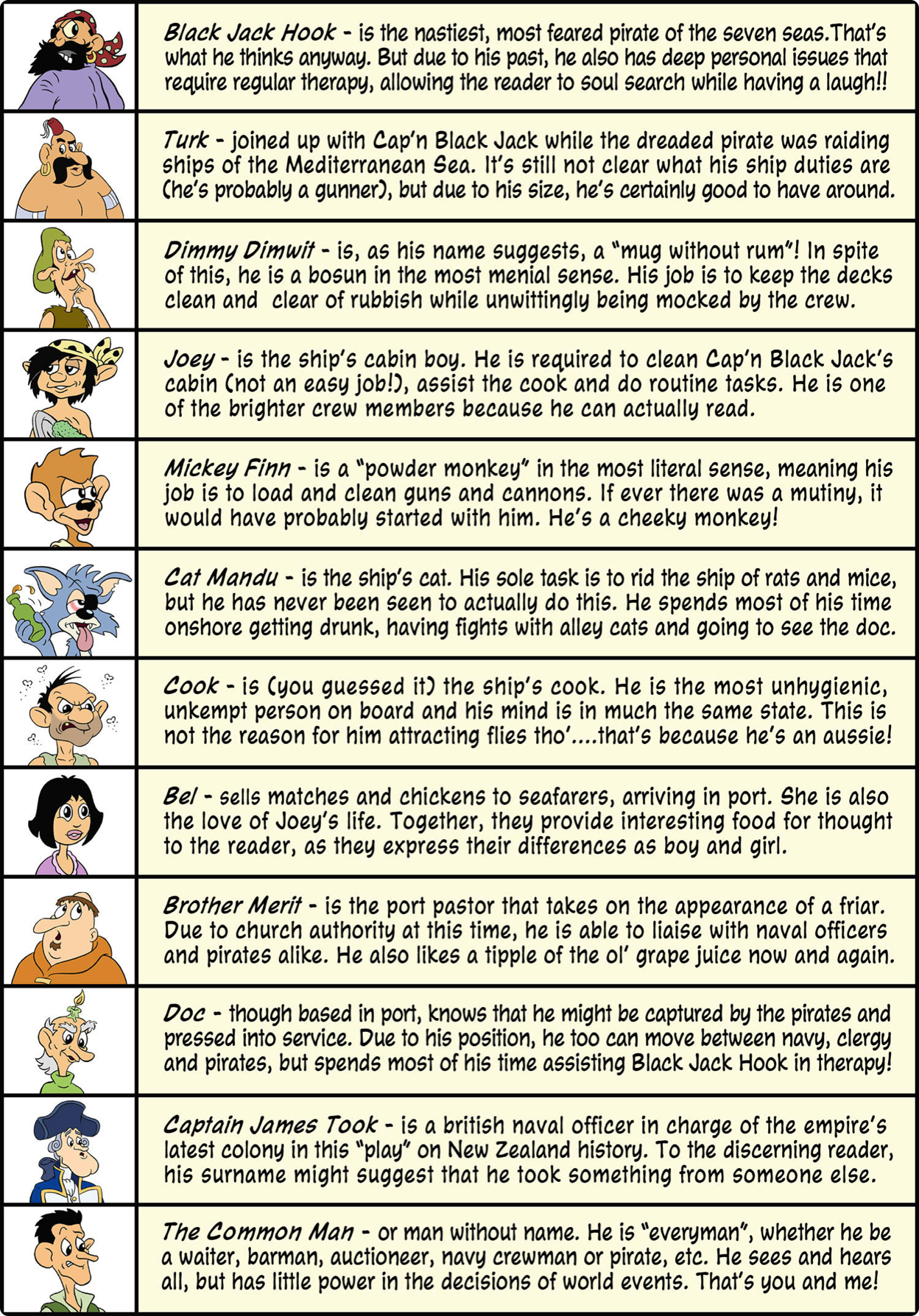 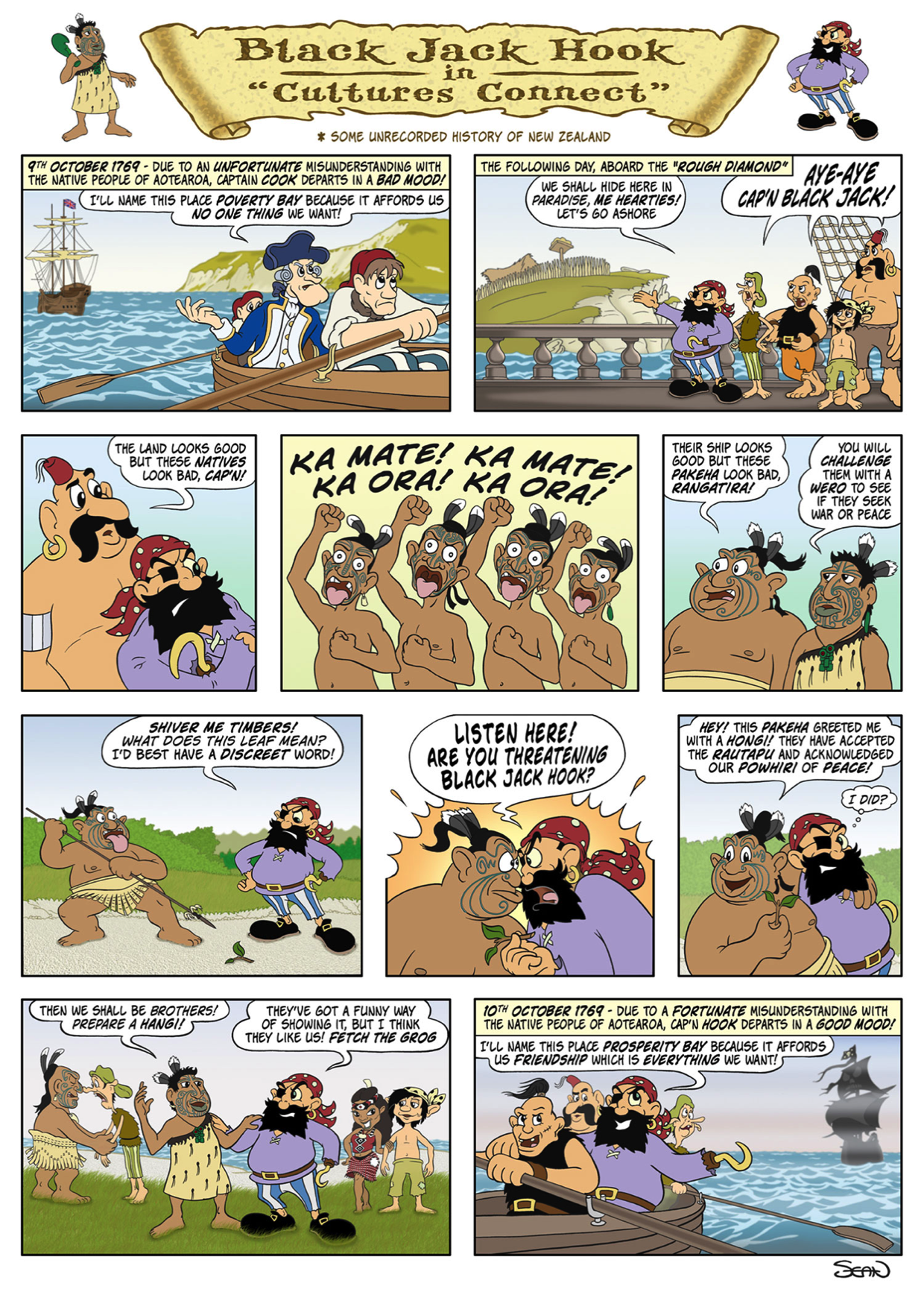 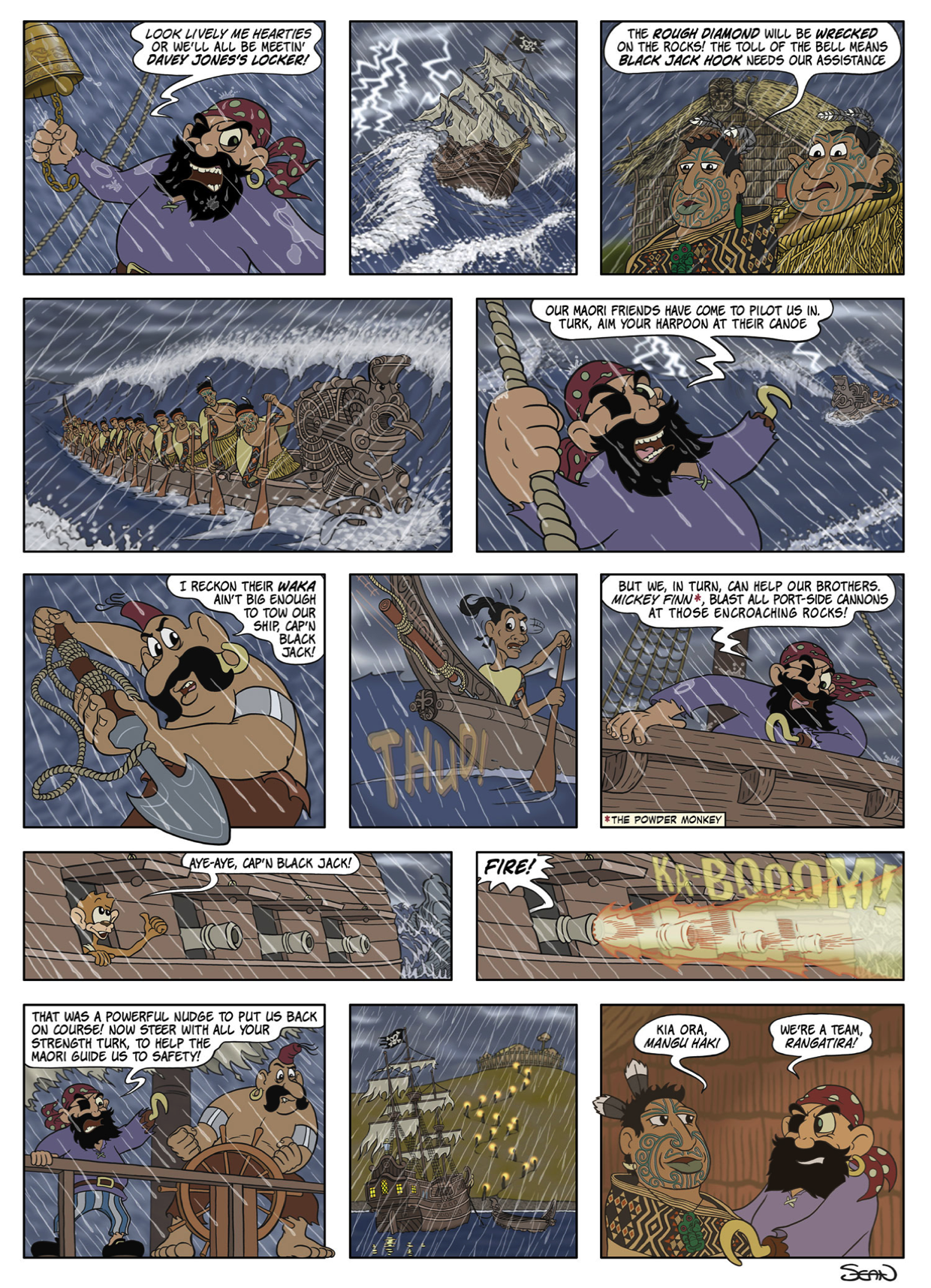 On the 25th March 1992, while residing on the beautiful Mediterranean island of Malta and being inspired by the southern most European country's rich & glorious history, Sean Gaskin created a cartoon strip titled "Black Jack Hook" that recorded the escapades between the dastardly pirates and the barmy Knights of Malta!

After living in various other countries around the world, Sean settled in Wairoa, sunny Hawkes Bay on the east coast of New Zealand that looks out on the vast expanse of the South Pacific ocean.

It was from here in early 2006 that Sean brought Black Jack Hook & his motely crew of marauding buccaneers out of the vaults and drew cartoon strips for The Wairoa Star newspaper, Life magazine in Auckland and in 4 Rural Press newspapers in Australia until 2011.

Below are a selection of some of the Black Jack Hook cartoon strips that were published in The Wairoa Star (NZ) and Rural Press (Australia) newspapers........